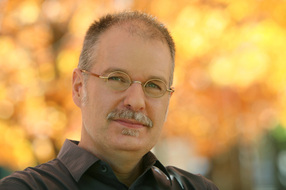 Scot Lahaie's work in the academy includes appointments at Regent University (VA), Gardner-Webb University (NC), and Baylor University (TX). After earning a BFA in Drama in 1983 from Sam Houston State University, Scot Lahaie worked as Theater Manager for the Keller Theater in Giessen, Germany (a part of the US Army Entertainment Program in Europe). He was later promoted to Entertainment Director for the Giessen Military Community, which included the responsibilities of Artistic Director for the Keller Theater. In that capacity, he has participated as either director, designer, or actor in over 60 shows. He returned to the US in 1995 to pursue graduate studies in Theater Arts at Baylor, where he earned a Masters of Arts in Theater History and Dramatic Criticism with thesis in 1996 and a Masters of Fine Arts in Stage Directing in 2000.

Although The Cattleman's Suite is professor Lahaie's first full-length play, it is now one of a dozen such plays. His full-length titles include the award-winning DOGFALL, PURGING MARY, LEAR RELOADED,  BIG BROTHER 2014, LUMINARIUM,  GLORIA DEI,  and GADFLY.