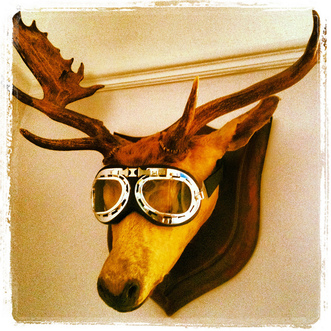 The Cattleman's Suite is a Texas Comedy written by American Playwright Scot Lahaie. Modeled after the popular farces of the early 1900s, this play embraces both the stereotypes of traditional Texas culture and the stock characters prevalent in the comedy of a bygone age.

Summary: Located on the thirteenth floor of the Dallas Grand Hotel, the cattleman's suite is the chosen site of Julie Drithers' not-so-happy engagement party. Her father, a once wealthy but now almost bankrupt Texas oilman, has rented the old suite again to celebrate his daughter's engagement in the same place and manner that he had celebrated his own engagement thirty years earlier. Only this time, the engagement is the father's idea, not the bride's. Through the calculated wedding of his daughter to Matt Snooker, the son of his best friend and founder of the industry's leading pipe and rigging company, Mr. Drithers hopes to save his own ailing oil company and avoid disaster. However, he gets more disaster than he can handle when Bobby, Julie's true love, sets out to rescue his one-and-only. Drithers' problems seem small compared to Julie's wrath when she learns of the deception played upon her. Add an untimely pregnancy, two clumsy villains, and a hotel staff from hell, and the recipe for comedy is complete!